People want praise. It's one of the highest levels of the hierarchy of needs.  So anyone who says like " I just don't think I'm all that good, really ". = false modesty. Usually they look down to the left & wait for some  praise.  Look, I hope what you do is good & entertains. Just- Leave it to all those people you will never meet formally .  That's what FAME is all about. Strangers' like your stuff so much they'll pay their hard earned cash to pay to see/hear/experience Ur stuff, Capice?  Keep'emPeeled. .
Posted by AstroN at 14:08 No comments: 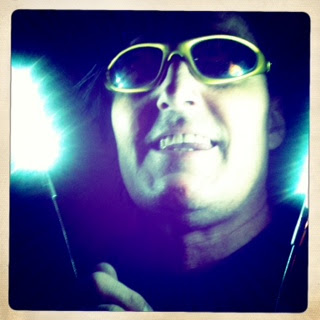 Shot with my Hipstamatic for iPhone
Lens: Roboto Glitter
Flash: Off
Film: Ina's 1969
Posted by AstroN at 08:27 No comments:

I Help Guy In A Wheelchair

http://bit.ly/vD5LvT Doing a bit on the High Road. Keep'emPeeled.
Posted by AstroN at 04:20 No comments:

Da Vinci ,Leonardo.
Smoke lingering with dust in the missile-filled air. Limbs distorted, men in Death's grasp, gasping their last breath. Heaving in mud, hard rain falling down on the down-trodden. Climbing over dead things only to be burned alive, all dignity negated.
Lisa Del Giaconda

should be 3 Amys' need to sort it. Keep'emPeeled.
Posted by AstroN at 06:47 No comments: 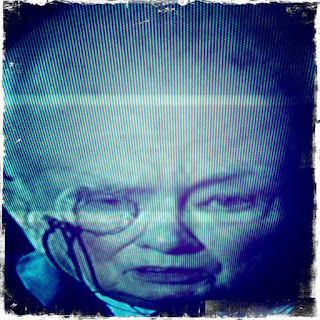 Why Not Just Take All The Blame?

Why Not Just Take All The Blame?? New Electro mix. Keep'emPeeled.
Posted by AstroN at 02:31 No comments:

Feel It Go! New track , Keep'empPeeled.
Posted by AstroN at 00:17 No comments: 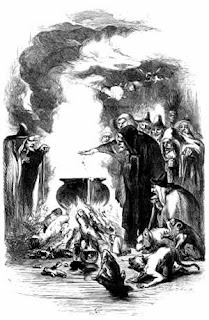 A COTTAGE believed to be linked to a famous group of 17th-century English witches and a mummified cat were unearthed by workmen in Lancashire, northern England. Water engineers found the 17th-century cottage during excavations in Pendle, and experts think it could be connected to the famous Pendle Witches, a group of 16 women tried for witchcraft in 1612. Malkin Tower was said to be the site of a notorious meeting between the witches on Good Friday in 1612. Keep'emPeeled. 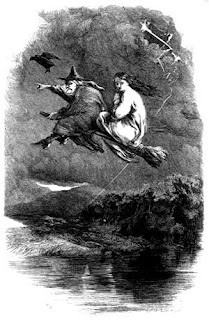 Chelsea Do The Right Thing!

The Blues got top spot giving media folks a slap in the mush! Next up Man City on Monday. Keep'emPeeled.
Posted by AstroN at 16:44 No comments:

Beyond, there is Uranus ( say the word quickly so it doesn't sound like a moronic joke ) & Neptune.They are 2 huge balls (I kid U not) made of gas. They orbit our star Sol. This is what we seriously call The Outer Limits ( of our system ). Neptune is blue as it is made of methane (. Very stinky, don't go there on holiday ). Buddies of Sir Patrick Moore, Christ Lintoot & BruceLee Felcher were using the onboard cam of Voyager2 when it did a few turns ( orbits ),around these magnificent gas giants. Uranus has a beautiful greenish tint. While Neptune has an azure blueness that quite simply cannot be expressed in words. U gotta go there to appreciate it; I'd stay at 5,000 KMs' out ; else you get sucked out into deep space due to the warp field array left by the Andromedian aliens. So far, so good. OK, I know, Ur gonna say they're boring 'coz there's no storms or volcanos & so forth but wait! OK? Look towards the north pole and you can see that I formed an S shape on Uranus ( pic#1no mean feat! ). There was however some after Fx on the rest of planet. With incredible stuff at the south pole &, wait 4 it,.. A new ring! Not as huge and astounding as say Saturn's, but nice to eye; provided U go have a peek with a telescope such as the Hubble Or the excellent Hampstead Observatory( which can be hired in red glare ferocity for mere bagatelle to all men of this world ).           So, what about Neptune ( the Old Man Of Time ) ,I hear from the snearing cowards up in the Gods? Well abuse asides, it took 3 atomic hydrogen bombs to get the Fx I was  after. Boy, them suckers take lots of heavy metal! Wear regulation rad-glasses or retina burn out means a lotta op's. Check out the red glares of these 3 huge doodahs! Maid In Heaven! Play Be-Bop Deluxe track of same name to be in the same frame ( of mind ).    U see, Uranus takes 8 Earth years give or take a few par-secs for its Solar year. So a season lasts for 2 years Earth-time & et al.  [Oh, check out this page soon 4 BlackDonalds news ].  & Stop laughing about Uranus! It's a planet with a funny name OK! Let's move on. Soon U come 2 the Virgin Plains of Neptune ( where I dropped the clangers ). Bright red & lots of after-burn 3 whoppers! ; pic#2,3. Triton a satellite( moon ) of Neptune, is a vast  metallic sphere where many craters give it a look not dissimilar to Earth's Moon. Geezers R regularly going off there to shoot their load & it's got volcanos' . Just be sure no-ones looking chaps? Jokes aside, it's an exciting place 2Go B4 U get sucked into the vortex I mentioned earlier. Paul Able another pal of the great Sir Patrick who does lots for charity & is an authority on the subject. He says " What AstroNutter has done is put Uranus back on the star-map, his bold planet aRt must held in the highest of esteem! Never since the time of Herschell has anyone given so much to our profession!" & so forth ( check podcast on iTunes 4 in depth interview). Uranus can currently be seen in the northern hemisphere just below the Pisces circlet ( the green hue) as a bright star-like object not to be confused with the Great Square of Pegasus.         Moving closer in the storms on Saturn bear close scrutiny as so it's satellite Europa where life swirls in its deep oceans. Mars! Yes, what of the grand old chum of Mummy Earth? Well the Phobos Grunt is a probe that's been sent in to gather data for BP & the Reds Under Our Beds but got lathered by the top Yank Curiosity Got The Plank. Why send a robot to do a sentient beings job, right? Arthur C Clark pic#4 went to set up moon base 1 but due to meteorites & asteroids was forced to put it underground on the dark side of the moon. Still, from tiny acorns or l'argent non fait pas la bon vite.     Keep'emPeeled.
Posted by AstroN at 06:02 No comments:

What a band! Sonic Rape! Never, ever, live your life without being raped by the Black Donalds'. This is tour de force'. You cannot ever rock until these guys roll you. New bass player was a revelation. Whatever you do, go to see/listen to Thee Black Donalds'! Keep'emPeeled.
Posted by AstroN at 07:04 No comments:

Taken from the diary of Plato: circa  During the Spartan uprising Socrates was called to fight for his country. Being a coward by nature he formed a strategy of cunning regarding his deployment ( he would hide when battle commenced ). After he went through the tooling up stage where they gave him a spade & strong sandals ( apparently he would help dig trenches? ), he strode forth into the breach, actually it was a beach ( the warship had arrived at The vicinity Lesbos north, a place Socrates pondered would be much nicer if he were with friends, debating wether air was an heavier element than fire? He mused. Yes, if air could be stuck down ( which it can't ), & fire was given an area to cover ( which it won't ) thence a comparison could be made ( which will never happen )? SOCRATES!, someone was shouting his name. He turned, the calling man's head, burst. When a flaming projectile hits a mans head, it , well, bursts! Fire balls flew through the air, everywhere men were running hither & thither. Socrates pondered. Suddenly he was running. Socrates had never ran, at least not since childhood. The clumsy sandals! They got stuck in the sand. He fell, arms flailing! Socrates pulled onto the rope of a mule that was pulling a cart of spears. The rope got tangled in the beasts ballsack. It gave a huge whinney & ran of into a ditch. The cart full of spears, now free, careered down a walkway & off a ridge. As it fell a fireball hit said cart of spears & sent a cascade of burning spears down on the climbing Spartans'! The usually heroic Spartan warriors, on seeing their comrades up ahead screaming in pain with burning spears piercing them each & everyway, panicked. Signals meant to start a wall of bombarding   Logs were sent to the archers ( who fired into the advancing Spartan front ). Believing that the Greeks had somehow sprang an attack from the middle of the Spartan horde, they started to hack at each other!  Chaos reigned & a fleeing man knocked over a table that Upset a buckets of goose fat that caught alight & spread to the Spartan generals tent. This resulted in a scurry of orders involving the Spartans full retreat! As the Spartans scrambled onto their ships, the news of Brave Socrates & his heroic deeds spread through the Athenian forces. "Socrates Defeats Spartans Single-Handed! ". By then of course, Socrates was well on his way home( scurrying from bush to bush , cave to cave ), vowing never to go to wAr ever again.             Subsequently,  Socrates dined frequently with young soldiers who would bring red wine & good meat for him & his woman ( he'd even get some old sandals & pretend they were the ones he wore & sell them to any young fool who had more money than sense ). His wife would cook away happily  in the cucina as he recounted his bravery, which at each telling swelled into even greater deeds! Plato recalled " Socrates never once admitted his slice of luck that day. Only on his deathbed he whispered to me thus the true story as he'd deduced he could not milk it further. He was a canny man.".
Posted by AstroN at 06:51 No comments:

Check out this image

I wanted to share something on Photobucket with you!

See the fullsize version at: http://media.photobucket.com/image/retro%20art/sweetie259pie/art/retro_art_guardian.jpg?evt=user_media_share

Nunc Est Bibendum
Posted by AstroN at 10:20 No comments: