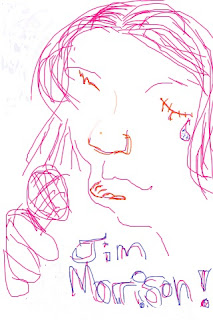 Bad actors, crappy locations & no script at all! Yeah. A foreign "aRt" film. Bolllox!  A movie should be about entertainment, not some weirdo's obsession with some ugly bitch he was once in love with, used to wank off to( spat at him ), fucking cunt! How can you love someone who has ears that big anyhow? Dumbo! I don' t wanna see some bastard from the other side of the world pissing! OK? I got Qi! I love J-horror, & Godzilla vs Gamera is a masterpiece but, don't give me foreign dudes taking a wee. OK! That ain't entertainment. The Seven Samurai is probably the best film ever made. It's got the lot! Every plot point & character virtue/flaw multiplied by a force of ten! What I don't want is them giving the rim a splash. At least put the seat up! Sorry,honourable person, but they don't got seats where you come from? Go take a dump in the streets, then when insects get stuck in your shit you can sell it as food! Am I ranting? Check out Shinya Sukamoto (sue me if I got it wrong ) for a great big scare! The ending of all endings is to be found in One Missed Call ( every time you think it's all over, it just ramps up the levels for more, more, more! ). Seemingly he (Sukamoto) started wetting the bed( read, uncomfortable sleeping mat in the East ) after watching said Godzilla movie who he believed was created by the atomic bombs dropped by Enola Gay & Pals ( actually his Granpappy told him this in a dream, being vaporised by the above in 1945). Tetsuo, his wet dream, a pure eroticism meshed with machine imagery that for the viewer is intended to indicate a compensation for the lack of softness involved in sex. Perhaps a fundamental  urge for breast-feeding or castration syndrome( in the Fruedian concept ) can be the root of it all. It makes for darn fine J-horror! Coffee, please?  Ringu(The Ring ) sic, possibly the greatest of all psychological serial killing movies due to the motivations of vendetta stands alone;  taking a wiz all over the genre it apes. So, giving the Land of the Rising Sun 10 outta 10, no more taking the piss please( pun intended). Via Copenhagen, Carl Theodore Dreyer & his bastard sons Lars Von Trier/Thomas  Vinterberg, run amok! Iconoclasts of the highest calibre. They chucked away the tripod of Zen & replaced it with reality ( shaky stuff ), & a pinch of Reisenstal's Nurembergs' Rallies' ( if you remember the '40's you weren't really there ). Dogme ( the genre, not the sexual activity ), please? Von Trier writes his production notes on the wall of his office, so like Abbey Road Studios London, it gets a white wash every now & again; a shame for collectors of such incomprehensible prose. Yet they worship at the altar of pure cinematography. Attention to detail is paramount! Make a wrong edit-"you're fired!". You see, going over the top is all about trying to get to the enemies trench before a bullet/s end your mission. Then, you have to kill the enemies, then you have to regroup & get ready for the next over the top. How long can you keep it up? Before the audience walks out. A pebble in your shoe. Mmm, no, just entertain, OK? Why do people like Keyboard Cat? It's a guy under the table moving the cats arms to the beat ( mic' it up & it would sound like a crock   'o shit now ). Not to be confused with the Greatest work of all World Cinema" Apocalypse Now" . Platoon/Full Metal Jacket et al. La Haine( the Hate ) sic, signalled the last days of celluloid. Ape mimic Ape? Spike Jones, different class. The Pizza Parlour smash-up is intoxicating ( watch it on DVD then pause & try to get up off your sofa,..yeah?).Wim Wenders & co'. Werner Hertzog blah,. Jean Luc Godard blah. All greats. With Film you can create then waffle about what you meant. Johnny & his merry bunch of compatriots will never tire of this( in broken English, or blank-aise). With furrowed eyebrows & dark undertones locked into each phrase they, well, look into the distance while prattling on about the existentialism inherent in their work. They wish to share their vision with the world & without them, the world would be a an empty place. Dead As Disco. We should embrace World Cinema. Look beyond the sometimes squalid ness of the surrounding environment & join an obscure film group. Actually start one @yourplace.com. Invite friends from FaceBook you've never met to your home, to watch some weird crap about an Eastern gentleman taking a piss. Go on! Nobodies watching, honest. I can't finish without a nod to " Old Boy". What a movie! Sick & Perverted, it remains a vision of male dominion over the gentler of genders that all assholes should beware of. Cast the first stone, ye who is without sin.  Keep'emPeeled.
Posted by AstroN at 06:18 No comments:

All truths, innovations are in the beginning, blasphemies. Mmm? Yet who is to deny the way forward if in such way therein waits the destruction of the status quo? Everything you once believed in was in effect, smote, abandoned? What then? You can yell "I'm a celebrity! Get me outta here?". The bugs, the snakes, the creepy-crawlies will keep on smothering ya! Hell? Heaven? Where will you end? That's what you think about when your nearly dead. Keep'emPeeled.
Posted by AstroN at 07:29 No comments:

As we stumblebum into that new year, we gotta remember about our cosmic bros&siz. They Rock! When I was a kid my sis took care of me, like your siz & Brosez ewerywhere, right? So,.love your bros & siz OK! Overt& Out! Klep'enPleed.
Posted by AstroN at 12:54 No comments:

Mentool! This was my guy Fawkes night! Woooo!

3 Coppers Stabbed Up! Kingsbury Rd North London. Mad butcher goes apeshit! A punter complained that the sausages in the Halal shop weren't spicy enuf! He grabbed a cleaver & went after the dude. Unlucky cops out giving parking tickets got well stabbed up!
TakeMe2UrLeadR.
Posted by AstroN at 06:34 No comments:

He hurt his hand! He got it caught while it was in the cookie jar of the Libyan people. He's a fucking murderer! Pig-gut him! 'Nuff Said.
Posted by AstroN at 07:41 No comments: 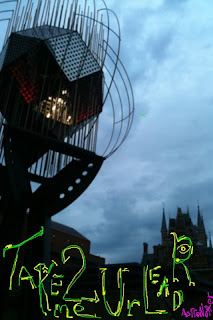 Barcelona in the semi-finals of the Euro-Cup. At around 20 minutes Chelsea scored from an outside of the box screamer that the keeper & referee + linesmen could not question. For the rest of the game Chelsea beat Barcelona each & every way, yet the ref' & linesmen would disallow any goal, penalty claim or offside decision in favour of Barcelona. A one minute from the end Barcelona scored; and went on to the final. A travesty! Nothing changes. Eurocrats wanted Barcelona to win. Chelsea should have won the game by 3 clear gaols at least. Why do I say this? I sit watching England play Spain in a friendly, I'm sick of the tippy, tap tap lazy crap! Let UK/Irish teams play the game with our blood & thunder approach & give us the freedom of a game without cheating!  Stamp Out Stranger Subterfuge! =SOSS Keep'emPeeled
Posted by AstroN at 10:47 No comments:

Numbers, permutations, ratios', there are many ways where the Math does it. Do The  Math! The King who said "Whatever you desire?". " 1 gold piece on the 1st square of a chessboard then double it on the next then et al for the rest" replied the wily man. The king was bankrupt well before the board was filled. Numbers are slippery. In thinking we try to find patterns until we find recognition. Of a situation.  Governments/Institutions try to abolish thought. They set up routine patterns of thought so that thinking is no longer needed. This works; people are lazy & so are easily brainwashed. Once you become content, you are complacent & ready to be controlled. Keep'emPeeled.
Posted by AstroN at 05:31 No comments:

Not since Alexander The Great died (choking on his vomit as he lay in a pool of his own piss & shit ) has those Bubble & Squeaks been so down & out! They got $ 200 billion from the Eurozone then urinated it all against the Berlin Wall. OK!, that's like  making every one of those sticky greasers multi-millionaires! We, All know that they end up fatso, blubber, sofa-stuck freeloaders. Now they wanna vote wether to accept another pig-feast at the Euro trough! Fuck 'em! Let them eat each other. Soon there will be only the thin, slippery Macedonians left. They can get to together with the 300 and as they're all gay, no-more will be born. Then we can sort out the mess they made of the conservation of the beautiful buildings those fatsos'  failed to do!
Posted by AstroN at 05:01 No comments: