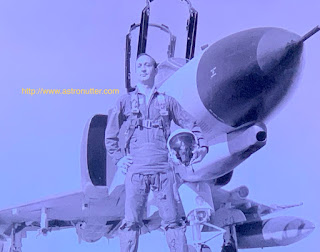 Pilot Jifari Sightings: a famous one was in Iran. Pilot Jifari F-16 saw a ufo as did radar on the ground. A dogfight ensued but when the ufo sent a probe towards the F-16 the pilot panicked & sent a missile but it jams everything! His plane stalls beginning a free fall. His radios gone, all dial readings are crazy! Even the gun & all missilery. After 9 seconds all the planes functions returned to normal & Jifari regained control of the plane. The ufo was gone.

When Pilot Jifari lands, he is silenced. Once a thing gets classified? Then that's it! Top Secret. Unless ur in the know then u don't need to know. Eventually people learned but too late to search for the UFO? Keep'emPeeled
Posted by Astro Nutter at 09:04