Astronomy: The Moon,..Belongs To Aliens. (allegedly)

Now who wil tell the tale? I! Shall, Cadillac Frank left it to DeNatti. He , for safekeeping, hid it into a drain. Next thing he gets a flash flood. Hey! Who's to say what. Right? So currently in, the report about the UFO & then this Alien feeds machine, that makes the ash into that the dark stuff that The Big Orb  is pulling away plasma from the Sun & to  draw  power to their craft?  Then The Moon -, an Alien Base more like. WTF! Those Videos & Photos! Or what's that thing about a digital reality? I don't know but to me, It's a base on The Moon for sure. This was an astronaut, who'd went on a secret Apollo Mission. Hush, hush, top-secret. They found enough. 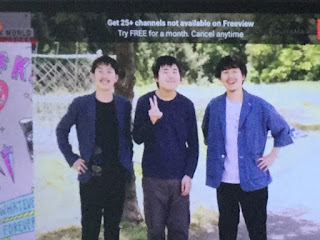 Keep'emPeeled
The only thing new, is the history U haven't been told.
Posted by Astro Nutter at 11:12