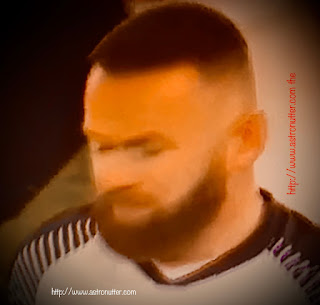 Here's Wayney! Playing 4 Derby FC in The Championship, he's playing against Man Utd!
His team! He supported them as a boy! Say No More. It's 0:0 in the1st half of The F. A. Cup.
With the strangely Muslim look he's adopted, where is his head? Hope not but now he's gotta free kick! Keep'emPeeled
Posted by AstroN at 12:03