JoJo Rabbit: movie; Nazi Youth with Adolf himself plus a 10 year old joining via a weekend manhood test in the forest. I detect some tongue in the tooth here? The Beatles in German! Captain K is in kontrol, U see what I did? Ok, it's Nazi a-Go-Go with Sam Rockwell. Everything for the little Nazi in all of us? "God Help Me?" He says as he drinks Snapz from a silver flask covered in Nazi symbolism waist burning books! & their just a bunch of kids, in short pants & big boots. After he can't kill a rabbit, he gets his eponymous moniker. He is then told by a spirit of the forest to be a rabbit.

Hitler: The Jews? is it my? Problem, now? Comic. Keep'emPeeled 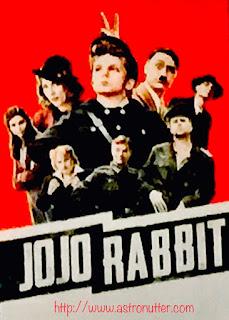 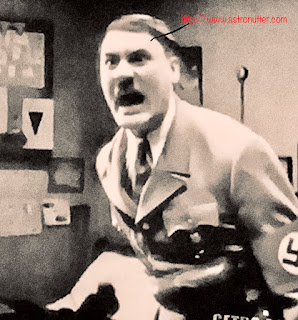