Check out the computer game. There was a flying saucer found at the end of the war & blew up at Wewelsberg, by Americans-or so they said. I think they transported the saucer to Area51.

Ting gathering shut down by Goebbels.

The Wewelsberg SS after the war scattered to the Southern Hemisphere. Many to mainland South American. They still believed in the Nazi propaganda & kept it going. There were stories of flying saucers & Antarctica.

Now, I think that if any Wewelsberg SS are about, they have moved on & hav no wish to conquer the world. If they do? I will volunteer to be 1st at their Nazi throats. Keep'emPeeled @ http://www.astronutter.com 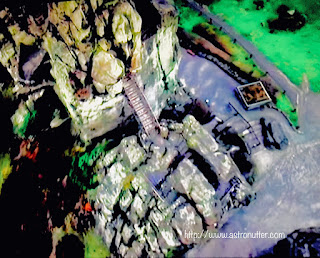 Sent from my iPhone
Posted by Astro Nutter at 17:40