When the Atomic Age began in the 40's sightings of UFO's rocketed! Soon there was so many of them in our skies that they began crashing. Surely beings that have created machines that traversed from another galaxy could've made vehicles that wouldn't crash once in our atmosphere? 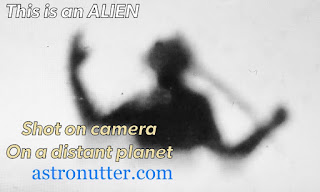 My guess is that

U got lots of space pirate (dunces) that know how to get here but *1 mess up when they get to Earth. What is it about Nuclear Power gets all these aliens to drop tools & head for Earth, like in the Gold Rush. Earth could be , well  in some cases , Earth may be in a distant galaxy.  We discover Nuclear Power , loads of aliens come here, some of them start crashing their vehicles. Seemingly we have been visited for thousands of years by aliens but only since WWII have they started coming in droves, crashing all over the place:only since we let off nukes did they start.Look at the facts. OK, if U try to fire at UFO's things go badly. They got underground bases & have lived & watched us for ages:I'm talking about the ones that were here b4 WWII. Something about nuclear power brought a lot more aliens than those that were here before,for ages, being quiet.IN 1941 a saucer went down in Missouri. It had 3 dead aliens. They retrieved the debris from the craft & found transistors. They didn't know how they worked. In 1947 at Roswell *2 they found another craft & figured out that transistors worked like valves. Mankind went from being a race in the Valve age to being in the Transistor Age:& computers? Let's not start just now. In time people will look back & see this. Nuclear power for aliens is like honey to a bear. What were the aliens that have been here before, for eons, why have they been here for so long?

Since after WWII governments worldwide have been in cahoots with Aliens! There's no doubt!

I saw 2UFo's close up & they were real! What's going on? The World Wants To Know! Disclosure Now!

*1mess up-things go wrong, the craft they use is inept, doesn't have a cloaking device, they forgot about aerodynamics which after causing arguments, they crash, a million things etc.

*2 check The Day After Roswell by  Lieutenant Corso: in it he described how the circuit boards

were given to industrialist who put their people to work on the crash material & figured out how it worked.