The Next Pandemic: Swine Flu!

Researchers in China have discovered a new type of swine flu that is capable of triggering a pandemic, according to a study in the US science journal PNAS.

Named G4, it is genetically descended from the H1N1 strain that caused a pandemic in 2009.

It possesses "all the essential hallmarks of being highly adapted to infect humans", said the authors, scientists at Chinese universities and China's Center for Disease Control and Prevention, in the study published on Monday. 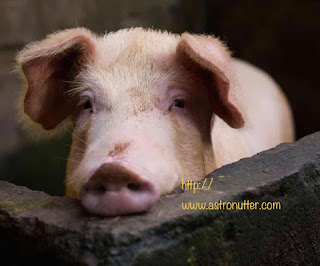 The only thing new, is the history U haven't been told.
Posted by Astro Nutter at 04:22