Hopefully that's that but I doubt it. OK, General Soliemani (sic) was planning to cause harm to Us, The Allied peoples,  so we couldn't take a chance. War Is Hell! No-one wants it but those warlords that decide to use TERROR to strike fear in our hearts. POTUS Donald Trump Is (Wether U want or not, he was voted in.) iin charge Of America & the fre democratic world. His government, alongside Europe is trying to stop these Nepotists, but they've mixed ancient religions with present-day politics, what's that mean? It means-by that by  BRAINWASHING vulnerable people, they can get normal human beings into, : destroying beautiful ancient works of aRt: killing anyone who disagrees with them; filming all their ATROCITIES & putting it online; thinking that because you have an AK 47 that people like you & any mentally insufficient person can go on terrorising - normal, happy, balanced folks. Why would anyone strap lots of bombs to themselves, then go to a wedding, mix with the guests, eat the food & drink the refreshments, then push a button that will kill themselves & all those happy, unknown people? WHY? Keep'emPeeled
Iran 'standing down' after missile strikes - Trump 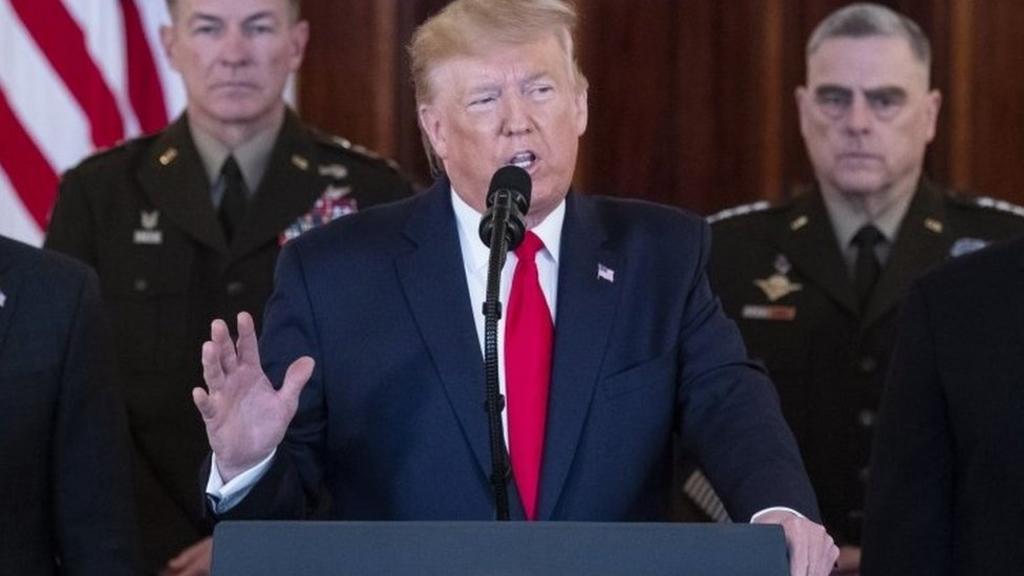 The US president said no Americans were harmed after Iran targeted bases housing US forces in Iraq.

The only thing new, is the history U haven't been told.
Posted by AstroN at 09:40